Showing posts with the label Rita Hayworth
Show all 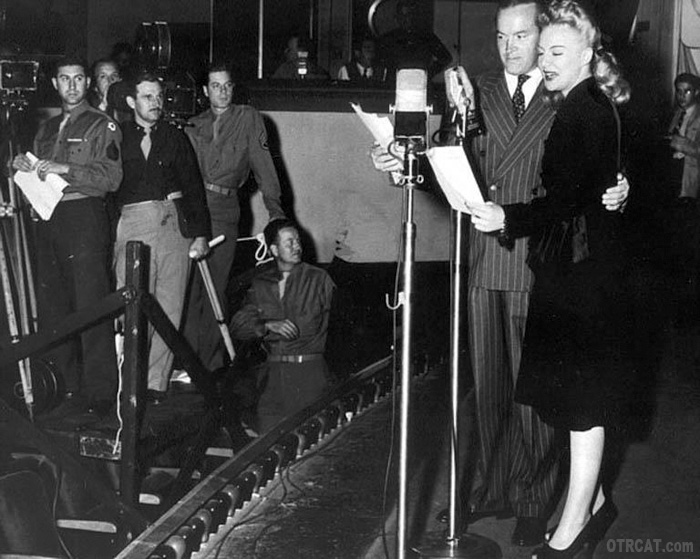 Command Performance was a radio program for the troops overseas. It aired from 1942-1949, broadcast via shortwave, not on commercial radio. It was a star-studded variety show, with a panoply of American showbiz icons performing at the request of servicemen. The various rosters were filled by Bob Hope , Ginger Rogers , Ella Fitzgerald, Gene Autry , Rita Hayworth , and many others. Welles’s turn came on Dec. 21, 1943. He had just married the gorgeous Rita Hayworth , and was also making forays into geopolitics by writing articles for the journal Free World and by speaking at the Third World Dinner in New York City in October. While he was suffering from both back problems and jaundice, he still found a way to make the guest appearance on  Command Performance . He co-starred with Fred Waring and Kate Smith . Sources Command Performance. Old Time Radio Catalog. Higham, Charles. Orson Welles: The Rise and Fall of An American Genius New York:   St. Martin’s Press. 198
Post a Comment
Read more

The Lady From Shanghai 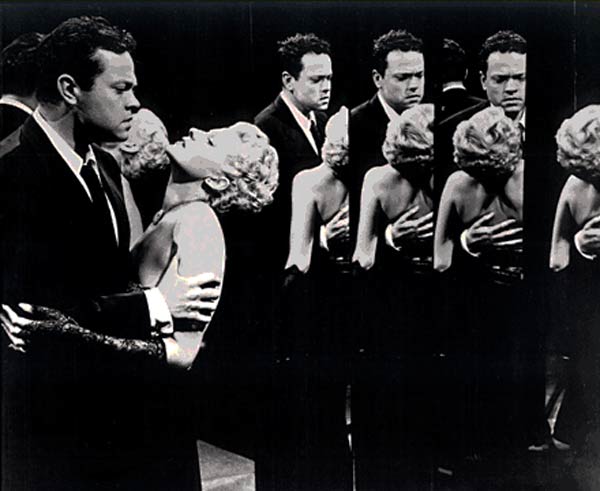 This 1947 action thriller was directed by Welles, starring him and Rita Hayworth , with whom he was at the time of shooting, going through a divorce . The story is one of people being thrown oddly together and navigating bizarre twists. Michael O’Hara (Welles) saves the life of the gorgeous Elsa Bannister (Hayworth) and her husband, Arthur (Everett Sloane) endeavors to reward him with a job on his yacht. Enter George Grisby, Michael’s partner, who wants to stage his own murder to commit life insurance fraud, and offers Michael five grand to confess. What ensues is a many-layered tale of deceit and manipulation, the plot thickening repeatedly. Lady was adapted from William Castle’s novel If I Die Before I Wake, with many changes from Welles. It was financed by Harry Cohn, co-founder, president, and production manager of Columbia Pictures. Welles biographer Barbara Leaming charges that Cohn was notoriously lecherous, using a letter opener to arrange a peek under the skirts o
Post a Comment
Read more

The Three Wives Orson was known to carry a certain charm for ladies who encountered him. He responded by throwing as much verve into matters of the heart as he did into his work. Virginia Nicholson He did everything young, with marriage as no exception. On Dec. 23, 1934, the nineteen-year-old married Virginia Nicholson, whom he’d met at one of his Summer drama festivals at the Todd school. Described by Barbara Leaming as “a porcelain skinned beauty,” Virginia endeared herself to Orson with “the wonderfully outrageous stories she would tell him when they were alone.” Virginia gave birth, on Mar. 27, 1938, to a baby girl named Christopher. Orson’s marriage to Virginia was marked by his infidelities to her and his absences. It came to an end five years after it began, on Feb. 1, 1940. Welles was at the crest of the success of his Mercury Theatre empire, about to begin work on Citizen Kane. Rita Hayworth Enter Rita Hayworth. She was born Margarita Carmen Cansi
Post a Comment
Read more
More posts