Showing posts with the label Thornton Wilder
Show all 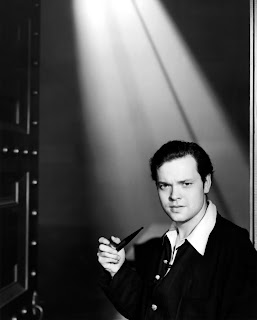 While the universe of film, TV, radio, and music stars glitters with stories of people who made good after childhoods in which they were underrated or underappreciated, their potential not recognized, Orson Welles was early recognized as a comet that would blaze a dazzling trail. “The word genius was whispered into my ear, the first thing I ever heard while I was still mewling in my crib,” Welles told biographer Barbara Leaming. He began mewling on May 16, 1915, christened George Orson Welles, the child of Dick and Beatrice. A head wound suffered by the young Orson brought a doctor named Maurice Bernstein into the Welles’ home. The doctor immediately sprouted the opinion that the boy was a prodigy, a genius in the making. He began calling him Pookles and Orson developed the nickname Dadda for Dr. Bernstein as the two of them began a mentor-student relationship. Dadda initiated a young Orson into a group of adults in Chicago’s music scene, which convened at the home of critic
1 comment
Read more
More posts