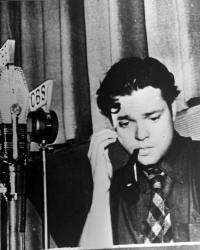 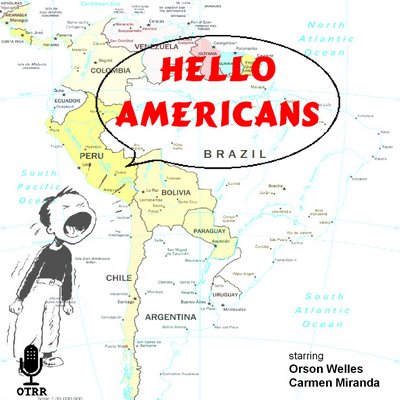 This travel show took intrepid listeners into South America, from its mountains to its jungles. It aired in ‘42 and ‘43, each episode running half an hour. Episodes Carmen Miranda The Christ of the Andes Santa Domingo The Alphabet of the Islands (two parts) The Story of Adendgo, the Slave The Bad Will Ambassador Rhythms of the Americas Mexico Romantic Rhythms of the Americas Pan-Americanism
Post a Comment
Read more 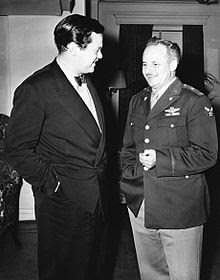 Orson Welles completed more projects before his thirtieth birthday that most of us ever will. And his endeavors were quite varied in scope. In addition to creating a series of travel documentaries on South America, Hello, Americans , Welles got in touch with the airplane manufacturer Lockheed and Vega and developed a series of radio vignettes to be sponsored by the company. The resulting series was Ceiling Unlimited , which focused primarily on the role of airplanes in the war effort. Welles hosted the series from Nov. of ‘42 ‘til Feb. of ‘43. After that, a long series of guest hosts took their turn: Ronald Colman , Marlene Dietrich , Cary Grant and more. In all, Welles hosted thirteen episodes. During rehearsal for one, an account exec from an advertising agency dropped in. Witnessing Welles dashing around in a near-fury, barking orders at everyone, the exec asked Welles’ business partner, Jackson Leighter, “how do you handle this man Welles?” Orson’s reply was “young
Post a Comment
Read more 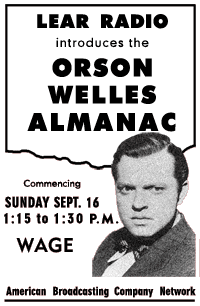 Twenty-six episodes of this variety show aired during its life of Jan. 26 to Jul. 19, ‘44. Guests included Lucille Ball, Lionel Barrymore, King Cole Trio, and Groucho Marx, and Jimmy Durante. Right after the WWII D-Day Invasion of Normandy, Welles aired a special episode for D-day, in which a woman named Agnes Moorehead, the wife of a fighter pilot who was in France, read an open letter to her infant son.
Post a Comment
Read more

This is My Best 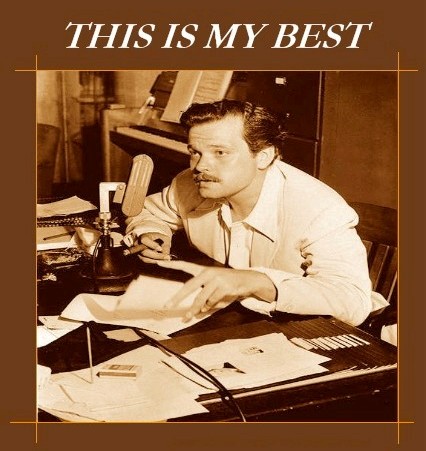 Seeming to have more hours in his day than a mere mortal, Welles racked up a dizzying array of projects. One of them was the CBS radio program “This Is My Best,” of which he hosted 6 episodes. The show’s run was from ‘44 to ‘46, and it was sponsored by the Cresta Blanca Winery. The show’s original format involved contemporary authors choosing various literary scripts to adapt into radio plays, a highbrow guest DJ concept. However, when Welles hosted, he made all the choices of material, which did not ingratiate him to his bosses, and which kept his stint on the program brief. One project he was adamant about was Joseph Conrad’s Heart of Darkness , which he’d struggled to bang into shape for a film.
Post a Comment
Read more 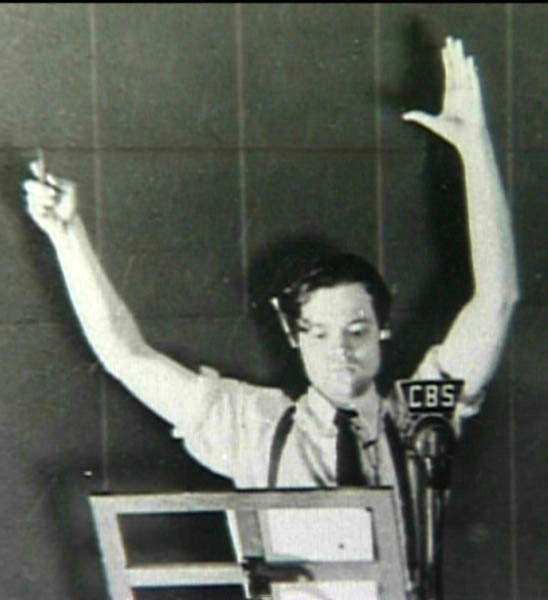 Tomorrow was a stand-alone radio program produced by ABC in 1956, in which Welles played the role of narrator. The program is generally described as a propaganda piece for national defense, seemingly with the intent to convince viewers that it’s important to have a national defense program.
Post a Comment
Read more

The Adventures of Harry Lime 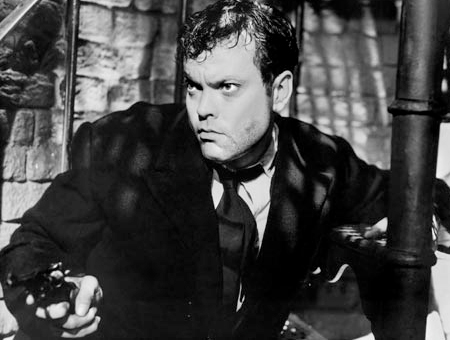 This British radio program went by the name “The Lives of Harry Lime” stateside. It starred Orson Welles as Harry Lime, his character in the 1949 film The Third Man. The radio iteration serves as a prequel, revealing Lime’s adventures on an earlier chronological plane. Each episode begins with a gunshot and Welles saying, in a sepulchral tone, “that was the shot that killed Harry Lime.” After a couple of sentences of exposition, this stock intro continues with Welles intoning, “Harry Lime had many lives. And I can recount all of them. How do I know? It’s simple. Because my name is Harry Lime.” Each story commences with Lime narrating in a near-mumble and in a slightly glib, world-weary tone. The British running dates of the series were Aug. 3, 1951-Jul. 25, 1952, with all 35 episodes airing later in syndication in the U.S. Hear all 52 episodes of HARRY LIME! The show was produced by Harry Alan Towers, with episodes directed by Towers, Welles, and Tig Roe. Bes
Post a Comment
Read more
More posts