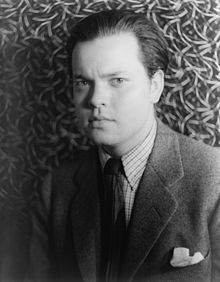 On Oct. 10, 1985, Welles appeared on The Merv Griffin Show in what would be his last public appearance before his death. It is made all the more poignant by the personal, wistful turn the discussion takes.

Dressed in a Navy blue jacket with a sky blue shirt and an ascot, Welles says that not long ago he’d begun thinking he was 70 when really only 69, meaning that he’d given himself an extra year. He told Griffin that he experienced “certain parts of every day that are joyous,” continuing, “I’m not essentially a happy person, but I have all kinds of joy.” On the difference between the two, he said, “joy is a great big electrical experience, but happiness is...a warthog can be happy.”

He died in the early morning, slumped over his typewriter, of a heart attack. He’d been, as in life, working on a script for one of his crammed schedule of projects. It was a script for a TV show tentatively titled “Orson Welles Solo.”

Welles was cremated and a stark funeral was hastily arranged by his widow Paola Mori. In a way that was rather fitting, Welles’ longtime friend (who’d originally been his mentor) Roger “Skipper” Hill gave an impromptu eulogy. Whereas Welles was a larger-than-life personality with a wide circle of acquaintances, only nine people were present at the small Los Angeles gathering.
death funeral heart attack Orson Welles Roger Hill