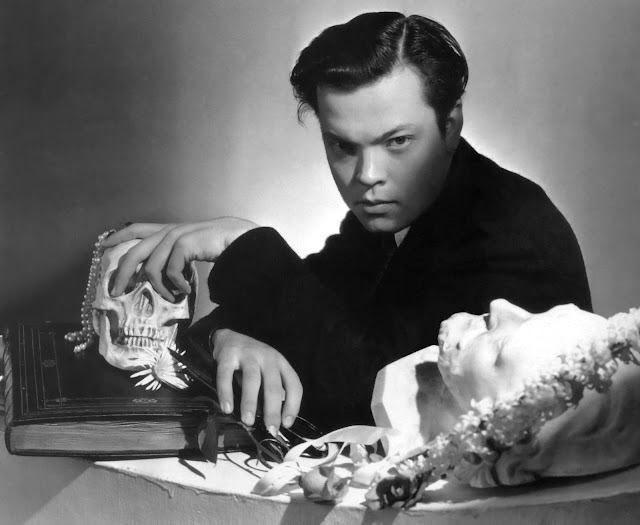 A sixteen-year-old Orson found his way to Ireland in 1931, and wasted little time making an impression. He auditioned for for Hilton Edwards and Micheal MacLiammoir, two titans of the Dublin theatre scene, and walked away from the experience with a small role in Jew Suss.

The play was written by Paul Kornfeld, and starred Betty Chancellor and in the title role, producer Hilton Edwards. Orson’s role was the Duke, who makes his entrance into the work having raped Chancellor’s character, Jew Suss’s daughter. Orson, by dictate of his general personality and constitution, approached the challenge with nothing but the utmost confidence. He gave his performance and was surprised with a thunderous ovation at the close of the play, the audience calling his name.

“That was the night,” Welles would later tell biographer Barbara Leaming, “I had all the applause I needed for my life.”

And if he was in need of the praise of critics, he got a heady dose of that from no less an authority than The New York Times, which said of him, “there are a naturalness and ease about his acting, which at once caught the packed house on his first appearance.”

A tough act to follow, and his subsequent performances at The Gate in Dublin didn’t garner such singularly effusive reactions. But he was able to gain valuable experience in The Dead Ride Fast (written by David Sears), The Archdupe (Percy Robinson), Mogu of the Desert (Padraic Colum) and Hamlet.

If this weren’t enough for someone not yet old enough to vote, he would acquire much more work in the States. He struck up an acquaintance with playwright Thornton Wilder, who had seen him performing in Dublin, and this led to a role in a traveling theatre troupe headed by Guthrie McClintic and Katharine Cornell.

To an extent, Orson’s age reared an ugly head on this tour. Cornell would later recall that the wunderkind once missed a train from one performance to the next and racked up a few absences from rehearsals. Playing the role of the capricious and unnerving prima dona, Welles focused on the work itself, turning in a great performance as Mercutio in Romeo and Juliet.

The Chicago Tribune had plenty of ink to spill for Orson, more interested in him than in Basil Rathbone, who played Romeo. “Welles is flamboyant, some will say--but so is Mercutio,” the critic wrote, continuing, “Welles violates tradition by wearing a half-fledged beard--but it gives his boyish face a definite Tudor look. He reads the Queen Mab speech with merry flourishes, and he plunges into the duel scene with a fine fury of swordsmanship.”

However, he wouldn’t have a chance to plunge with fury on Broadway, since the company’s performances there would not include him. Instead, he put on a festival at Todd, producing George du Maurier’s Trilby, Merejkowski’s Czar Paul, and Hamlet. Orson acted in Czar Paul and Hamlet, directing Czar Paul.

When the time came for Orson’s Broadway debut, he learned that the role of Mercutio, which he’d played on the road, had been slipped out from under him and handed to Brian Aherne, and that he had been demoted to the role of Tybalt. Barbara Leaming writes that Welles played this role “with such brio that, on the second night of the successful run, he was noticed with unusual interest by a fledgling New York producer...John Houseman.”

Houseman would later describe Orson as the “monstrous boy” he’d seen in Romeo and Juliet. Orson would work with him in the Federal Theatre Project and the Mercury Theatre.